Billy Preston, the 5th Beatle
You are here: Home That Band Peter Schimke 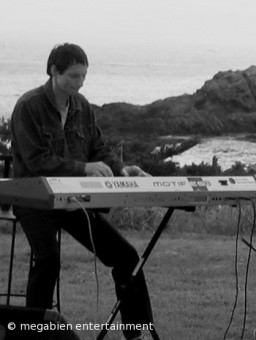 Peter Schimke is a player who isn't afraid to push music in new directions. When he isn't accompaning a soloist, he is engaged in a subtle dialogue, listening and responding with harmonies and rhythms that cue the soloist.

Born and raised in Minneapolis, Peter Schimke hails from a musical family. He began playing piano and drums at the age of eight. The music collection of his older brother, which included records by artists like B.B. King, Johnny Winter, Jimmy Hendrix, and the Beatles, provided his earliest rock influences. By the age of twelve he was playing boogie-woogie and blues piano, while singing with his older brother’s blues band.

After sitting in on vocals, keyboards and drums with bands throughout his teens, Peter’s first professional gig was with the New Psychenauts. He went on to be lead singer for the Swingin’ Combo; both bands were part of the early MPLS rock scene that launched the Replacements and Husker Du. At the same time he began composing for prominent local theater companies. It was about this time that he played his first professional rock gigs on keyboard, most notably with Hammond organ with blues harmonica legend Charlie Musselwhite at the Blue Max on Maui. This began his long association with great Hawaiian musicians like Sam Ahia. While living in New York City for some years, Peter paid his bills by playing countless gigs including a steady Monday night gig at the Dean Street Café with Craig Bailey of the Ray Charles Band.

Peter graduated in music from William Paterson University in Wayne, NJ. He is a recipient of a National Endowment for the Arts Grant and a scholarship to the Banff Arts Centre. Peter has also studied classical piano with James D. Johnson and Gary Kirkpatrick of the Verdehr Trio. He studied jazz piano with Brazilian pianist Manfredo Fest, Jim McNeely and Memphis born Harold Mabern.

The artist we now know again as Prince, after hearing Peter play on several occasions, has had one thing to say: “Scary. Very scary....”