Billy Preston, the 5th Beatle
You are here: Home That Band Chad Cromwell

Chad Cromwell was born in Kentucky (Paducah) on June 14th in 1957. Three years later his family moved to Tennessee (Memphis), where he grew up. At the age of eight he started playing drums, wearing headphones as he played along to records in an upstairs room of his parents' house. By the age of twelve you could hear him playing in garage bands in the local neighbourhood.
Among his early influences were drummer Al Jackson and the artists of "Stax Records", as well as artists like Al Green on Willie Mitchell's Memphis based label called "Hi Records". Jim Stewart, the founder of Stax Records, together with Bobby Manuel, founded a new production company named "The Daily Planet" after the sale of "Stax Records". Chad was around and subsequently started to work for the newly founded company, where he learned more about recording and rythmn than anywhere else so far. In fact, Bobby and Jim were key influences on Chad's exceptional drumming style.

In 1975, upon graduating high school, Chad flew to London to join two Memphian fellows. Robert Johnson (not the legendary) had been offered a record deal with Elton John's label "Rocket Records", and called fellow Memphians Chad and David Cochran (bassist) to record as "Lash LaRue". Chad also got an "education" with "Larry Raspberry & The Highsteppers", a very high powered rythmn and blues band, which became his first extensive touring band.

Through associations with a recording studio in Memphis, Chad gained ground on the West Coast, where he started playing with legendary guitarist Joe Walsh in 1986. This collaboration resulted in two albums, "Got Any Gum?" and "Ordinary Average Guy", which were followed by multiple US and worldwide tours. The next year, Chad got the call to record with one of the world's most proliferous songwriters, Neil Young. These recording sessions resulted in "Neil Young & The Bluenotes". After touring to promote this record, and after producing MTV's 'Video of the Year' "This Note's For You", Neil's interest circled back to three-piece Rock & Roll that led to the New York and San Francisco recording sessions which finally became the album "Freedom".

In 1990, Chad moved to Nashville where some producers called him in for sessions, an important step in starting to create his extremely successful recording career in Nashville. In 1996, Chad has been nominated for the Nashville Music Awards as "Drummer/Percussionist of the Year", only the first formal recognition. Since he has been nominated for numerous CMA and ACM musician awards.

It is typical of Mark Knopfler to seek out the very best musicians, so in 1994/5 Chad was recruited to join Knopfler for the recording of his first solo album "Golden Heart", and to subsequently tour with him during the year 1996. This close collaboration lasted for ten years, until 2005, so Chad worked with Mark also on the soundtracks to the movies "Metroland" and "Wag The Dog", as well as on the recording of Knopfler's "Sailing To Philadelphia" album and featured in the line up of the major STP tour in 2001. Chad also plays on Mark's third solo album "The Ragpicker's Dream", and once more on the forth album "Shangri-La". Further, his playing can be heard on the Mark and Emmylou Harris record of duets named "All The Roadrunning".

Once again Neil Young called in for a renewed association to produce the record "Prairie Wind" that was followed by another record named "Living With War". Further Chad performed on Neil Young's "Heart of Gold" Movie that was filmed and directed by Johnathan Demme. In 2006 Chad recorded and toured with Neil Young and performed on CSNY's "Freedom of Speech Tour". After having been on an intensive world tour with Neil Young, Chad plays once again on Neil's next record "Fork in the Road" that was recorded in London and New York.

In addition to having been chosen to demonstrate products at international expositions by noted companies such as Yamaha, Chad's career continues to flourish in the studio and on stage/TV/touring with an impressive list of major recording artists. In addition to those already mentioned, Chad has worked with Willie Nelson, Jackson Browne, Boz Scaggs, Wynonna, Bonnie Raitt, Crosby, Stills, Nash and Young, Peter Frampton, Emmylou Harris, and many many more.

For a more detailed discography you may visit also allmusic.com 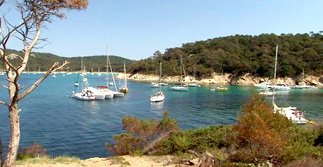